As Baby Boomers, we're the sons and daughters of the Greatest Generation.  Not to be outdone, Baby Boomers gave birth to Generation Kill, today's 20-30-somethings who are fighting the war on terror in and .

Maybe the Call Center in Mumbai Could Have Done Better 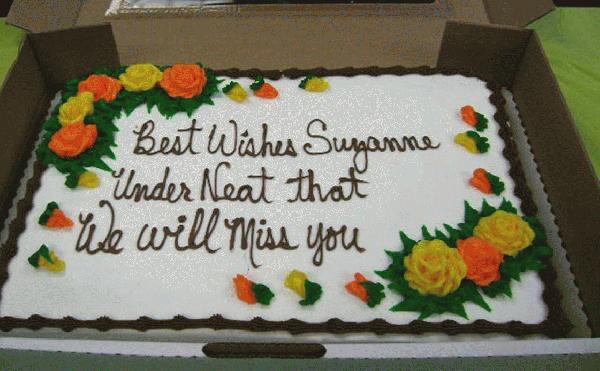 The co-worker was leaving and it was time for the lets-have-some-cake-and-blow-off-the-rest-of-the-afternoon-party.  Sounds like a good idea, right?  It was, until they called the bakery.

For the record, the bakery clerk was told the cake should read, "Best Wishes Suzanne" and underneath that, write, "We Will Miss You".  Some things just can't be handled over the phone...

Son of a Beach 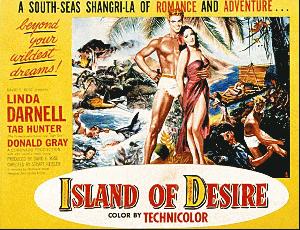 I'm not a vacation person.  Maybe it's the clothes.  Perhaps it's the fact that I am at heart a Type-A guy and don't know how to relax.  All I can tell you is that I don't act like those people in the travel ads.

You know the ones.  The ads for airlines, hotels and resorts that show happy people drinking hot buttered rum at a five-star ski lodge, or frolicking in the waves of an azure ocean.  First of all, I don't frolic and I don't endorse the idea of putting dairy products in alcoholic beverages.

It's hard living up to a stereotype.  Just ask Martha Stewart.  I think a vacation puts too much pressure on people to have fun.  Think about it.  You've planned the trip and gotten on a plane or driven cross country in the family truckster.  From the minute you arrive, until the time you leave, you're supposed to be having .

Vacations do not endow anyone 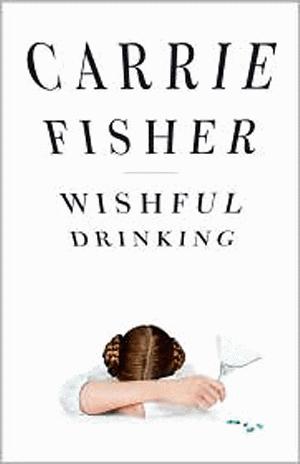 Aside from that weird Princess Leia hairstyle, baby-boomer Carrie Fisher seemed to have everything:

So what went wrong?  In her first memoir, Wishful Drinking, this Hollywood blue-blood offers a humor-filled peak into her what-should-have-been-a-storybook life where drugs, alcohol and, later, electroshock therapy served as a "Bridge over Troubled Water."

Carrie's mom Debbie Reynolds (Singin' in the Rain and our favorite Tammy) and dad Eddie Fisher (the not-so-well remembered vocalist/actor who joined Debbie in Bundle of Joy) figure prominently in this anything-but-typical autobiography.  Though termed "America's Sweethearts" when they married in 1955, these two became tabloid fodder four short years later when Eddie divorced Debbie to marry his best friend's widow Elizabeth Taylor.

Hence Carrie saw her father more on tv than at home and spent the next almost quarter century struggling with the concept of "real life."  Understandable, considering she grew up on movie soundstages, lived in what she terms "the Embassy" (a house with eight little pink refrigerators and three pools "in case two broke") and started singing in her mother's nightclub act at 13 (coincidentally the same age when she tried pot.)  And later, she would don a long, white dress in a galaxy where no one wore underwear under their clothes (at least according to George Lucas) and increase her drug use in an effort to achieve numbness. Then, her mother would, naturally, call Cary Grant or Ava Gardner to intervene.

Based on Carrie's witty, one-woman stage show, this entertaining, 156-page read takes a light look at her life with rock icon Paul Simon (who she dated, married, divorced and dated again) and second marriage to an agent who she later discovered was gay.  Brimming with complications like waking up and finding her friend dead beside her in bed, this saucy story makes a great beach or rainy afternoon read.  The pictures alone make Wishful Drinking a worthwhile addition to your collection, especially if you're like us and love classic movies.

Other Works:  Delusions of Grandma, Surrender the Pink, Postcards from the Edge and The Best Awful

Time Out:  You can finish it in an afternoon.

Beach Worthy:  By all means

If you ever wondered what Charles Dickens might have written had he made it to the 20th Century, all you need to do is watch .

Mixed plantings are an easy way to add punches of color to your yard.  But how do you create a winning combination?

As our FAQs clearly indicate I'm not the sharpest tool in the shed when it comes to home repair.  This video was sent to us by my good friend and former roommate, Lewis.  Lewis has first-hand experience with my un-handyman ways.  He thought this was a repair idea so simple that even I could do it.

Check out the video for the next time somebody you love calls out from the bathroom and says, "Hey, can you help me get my ring?"

Have you met Pandora?  If you love music - any kind of music - then do yourself a favor and check it out.  Pandora is a free online radio station that plays only the music you like, because it's based entirely on your preferences.

I wake up on about the fourth "quack".  Thinking the duck will go away, I roll over to face Charlotte who is clearly fast asleep.

Since the duck is not getting my telepathic message to get the flock out of the pool, I roll back over.  I am now hoping my brave (yet blind) watchdog Spike will hear the duck and at least bark.

I don't know what a man in a Kinky Friedman for Governor T-shirt and a pair
of martini-print boxers can actually accomplish at 1:30 a.m.