Back in my Mad Men days (ok, it was the early 80's, but try and keep up) I had a female boss who could drink any man under the table. At one time, I was the ad agency employee who held the record for having the longest "lunch" with her. We went into Ft. Worth's famed Carriage House restaurant for a client lunch at 12:30 one day and stumbled out emerged a mere 10 hours later. Yeah, she was something.

That's What I Call a Sale!

#42 Buying a wine for its label is NEVER a good idea.

Bring on the Heat

We're giving away some of bestselling author

Read on for details on how to enter. Hurry! Contest ends Nov. 4!

Many of our health and environmental problems stem from a food system riddled with pesticides, preservatives and over processing. Temra Costa's Farmer Jane celebrates women who are fighting back by working to change the way America eats and farms.

Michael J. Fox is one of those not-so-lucky actors that have had more than one life: actor, author, advocate. The guy's a certifiable triple threat.

I laughed my ass off at his Alex Keaton on Family Ties. Lusted after his DeLorean (and Lea Thompson) in Back to the Future. And applauded his efforts to find a cure for Parkinson's disease. No splitting hairs here - the 49-year-old actor is a Baby Boomer hero.

When SMU's Tate Lecture Series (Charlotte and I are patrons, Dahling) announced that Fox was one of this year's speakers, I was anxious to hear what he had to say. I was also curious how he'd handle the rigor of a stand-up speaking engagement - after all, he's had Parkinson's for almost 20 years.

He's got every right to be a middle-aged curmudgeon and have someone push him out in a wheelchair. No, this isn't how the "Incurable Optimist" rolls. Instead, he did over an hour of speaking, pacing and Q&A without sitting down (timing his medication helps, he says).

As a middle-aged Baby Boomer, I found Fox' message powerful and inspirational. He described waking up (literally) to Parkinson's one morning after a night of partying with hemp-hipster Woody Harrelson. The first sign that his nerves were short-circuiting was a tremor in his little finger that he couldn't control. He wrote it off to too much of a good time. He was after all, living life in the Fun House (his name for the world of excess known only to top celebrities).

I may skip other steps but I never leave home bare lidded. I need at least a dab of shadow and mascara to keep the focus on my eyes.

This cat is the mascot of the Department of Redundancy Department.

Out of the Closet

Bob knows what to expect when I call my sister Pam. We talk two hours since she lives in Florida and I rarely see her. I pace the floor for the full conversation figuring I need the exercise. Then I wonder why my feet hurt.

I have a deep and abiding fondness for the genius of Orson Welles. A scratchy black and white print of his legendary Citizen Kane is the backdrop to my university romance with Charlotte. So it didn't take much effort for me to add Me & Orson Welles to my Netflix queue.

The Mesh. Why the Future of Business is Sharing.

Lisa Gansky's new book is about a simple idea: some things are better shared. No, it's not a socialist manifesto. It's a radical new way of looking at commerce. The pioneering entrepreneur calls it the Mesh and reveals why it will soon dominate the future of business.

Boomers, I don't know about you but I think this whole Take Your Kid To Work Day idea is a load of crap. By the looks of this photo, there's at least one kid who probably agrees with me...

A few days ago I travelled up to Philadelphia on some book bidness. I was speaking at a cancer conference and doing some TV promotion in the city of brotherly love.

Up until then, the closest I'd ever been to Philly was yelling #%*&@#*! at the TV during a Sunday afternoon Cowboys game.

Every city has a signature food - you know what I mean - in Dallas/Fort Worth it's actually three foods - they are:
1) FRIED
2) BROWN, and of course, my favorite...
3) TEX-MEX

In Philly, the signature dish is the Philadelphia Cheesesteak.

I don't know the origin of this delicacy, but as I told the little old lady behind the lunch counter, Dude, you had me at cheese!

This is of course, when she uttered the witty reply, Wit, Witout?

WIT is Philly-speak for with onions. WITOUT means without onions. It's the kind of culinary shorthand I like. Sorta like diner speak - Adam & Eve on a raft. Wreck 'em! (scrambled eggs on toast). Or, in New Mexico - Red or Green? (as in, what kind of chili's do you want?).

Since I had a dinner meeting I chose WITOUT, but kept the peppers and other stuff just to give me some street cred. WHICH I GOT, then TOTALLY LOST. I'll explain.

They had enough napkins to write One Day in the Life of Ivan Denisovich in longhand, in the original Russian. 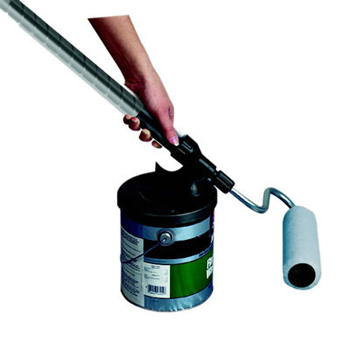 As I've documented in the past, I'm a not-so-handy, handyman.

I do however, know how to paint. For me, painting usually means plenty of time on cleanup, followed by two Advil and a cold beer to ease my aching back.

That's why I was happy when the nice folks at HomeRight asked me if I'd like to try their new EZ-Twist PaintStick.

Their pitch was that I could paint any room in a quarter of the time it would take with a conventional paint roller - with less mess.

Now, they don't know handyman Bob, so I took all of this with a grain of margarita salt.

Here's what I found.

Eating carb-filled foods like pizza, pasta and potato chips is the best way to get and stay thin according to The CarbLovers Diet: Eat what you love, get slim for life! This radical, new weight-loss program, which promises you can lose 15, 35, 100+ pounds and never feel hungry, had my interest at pizza.

This Is What Happens When You Cut Funding For The Arts

Litttle Billy was saddened to hear that his school district had discontinued middle school band due to budget constraints. He decided to take matters into his own hands.

Let's just get this out of the way from the start. When it comes to golf I'm a hack. The only problem is that I love to hack around with this @#$%&* game. My golf buddies and I don't get to play that often, but when we do we're always checking out the other guy's equipment (insert joke HERE).

Bob and I got the middle-age crazies after Cole graduated high school. So bad that while he toured with his band Verae, we bought a lot and began building our "dream" home. (We're still trying to explain that one.)

The first thing you learn when you enter the blogosphere is that the world is filled with folks who love a good conspiracy. I have friends like that. Hell, I once shared an office with a guy who was a pallbearer for Lee Harvey Oswald and who knew more about the Kennedy assassination than the Warren Commission.

I'll tell you right up front that I like Jackson Browne.

Yeah, I know the whole, sprout-eatin', tree-huggin', southern California, where-did-I-park-my-surfboard sound, isn't everyone's cup of granola but Charlotte and I kinda like him.

Hell, we actually dated to the sounds of Browne.

If you think that makes US old, you should see HIM. But, if you really want to see the folks that hit the early bird special at Denny's, you should check out his audience (I mean that in a nice way, remember I'm a fan).

Since I've been jonesing for Jackson, I've been on the lookout for tickets to his tour. The other day just as I was asking myself, "Bob, what can Browne do for you?" the internets emailed saying that Browne was coming to town. Well, not Colleyville, but he did come to Grand Prairie (insert punch line here) which was close enough for us.

We'd never been to the Verizon Theater (formerly Nokia Theater - are cell phone companies the only people with money these days?) so we loaded up the enormous carbon footprint SUV and drove over for the show. Browne's touring with veteran sideman David Lindley and they were cruising through DFW on their way through a multi-city tour.

This clip will take you back in time.

In Texas, grillin' (nobody down here calls it grilling) isn't just a way of preparing food. No. It's an art that borders on religion or even something more sacred, like FOOTBALL. Yeah, we take it seriously.

That's why I was thrilled when the good folks at Bush's Beans asked us if we'd try their new Black Bean Fiesta Grillin' Beans and Texas Ranchero Grillin' Beans - along with a couple of recipes from famous Ft. Worth chef Tim Love.

Girls, midlife "moments" can make us mirror shy. Hot flashes so intense your skin flushes, your heart races and you're instantly drenched in sweat aren't pretty. And spending night-after-sleepless-night waiting for the elusive Mr. Sandman doesn't help the picture.

Don't Ask What I Shot

Catherine M. Lewis', Don't Ask What I Shot: How Eisenhower's Love of Golf Helped Shape 1950s America, is a terrific look back at the game and its impact on the Boomer generation.