House of Cards, Netflix' entry into original programming, is a terrific indie drama I overlooked when it debuted over a year ago. 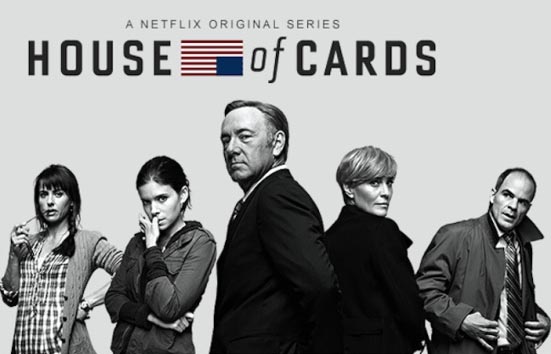 Charlotte and I corrected that mistake with a vengeance over the Christmas holiday, by binge-watching all of Season I in a handful of marathon sessions. It's wildly and deliriously addictive. 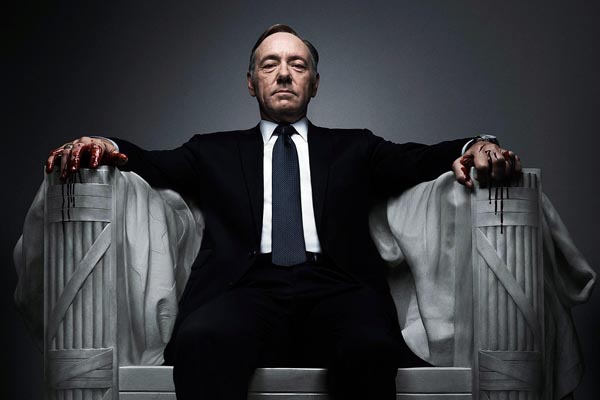 The series features Kevin Spacey in the role of a lifetime. He's plays Frank Underwood, a South Carolina Congressman who is passed over *not a spoiler* for Secretary of State in Season I. Frank decides to dole out his revenge on everyone who screwed him over. It takes him the entire 13-episodes to do it, but he hands out punishment of Biblical proportion.

Robin Wright (the former Mrs. Sean Penn) is Frank's co-conspirator and wife. They're the ultimate Washington D.C. power couple and their coupling makes Shakespeare's Macbeth look tame in comparison. Wright is wonderful to watch, because she's just as sleazy and manipulative as Spacey.

If you're a fan of political intrigue (think NBC's West Wing) or Washington drama (Seven Days in May, Failsafe, The Manchurian Candidate) then NOW would be a great time sign up for Netflix. Season II of House of Cards - all 13 episodes - will be available for viewing Feb. 14 (Hint: Great Valentine's gift). Best of all, Netflix is so confident you'll like Season II it's already renewed it for a third season.

I Give It A Year