Let's just get this out in the open. Robert DeNiro is a national treasure who gets better with age. And what better way to celebrate his DeNiro-ness than his latest film, Dirty Grandpa. A movie that tosses out his tough guy image and replaces it with a sexy curmudgeon. 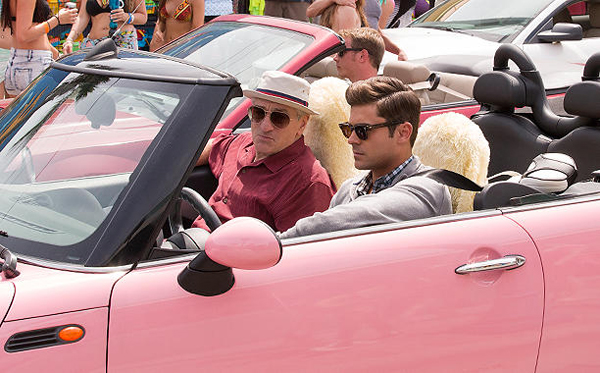 Meet Jason Kelly (Zac Efron) a twenty-something that's one week away from marrying his boss's uber-controlling daughter. All is well until straight-laced Jason is duped into driving his foul-mouthed grandfather, Dick (De Niro), to Daytona for spring break - which puts Jason's pending nuptials in jeopardy.

Think The Hangover without Bradley Cooper or Mike Tyson.

Cue the riotous frat parties, bar fights, and an epic karaoke throw-down, so we can see that Dick is on a quest to live his life to the fullest and bring Jason along with him. Yeah, it's stupid, but it's also a lot of fun. DeNiro playing against the DeNiro image is laugh-out-loud funny.

You KNOW where this is going but the ride makes it too much fun to care. It's no spoiler to tell you that ultimately, "dirty" grandpa and tight-assed grandson learn plenty from one another and form a bond they never had. It's sweet without being saccharine.

I Give It A Year