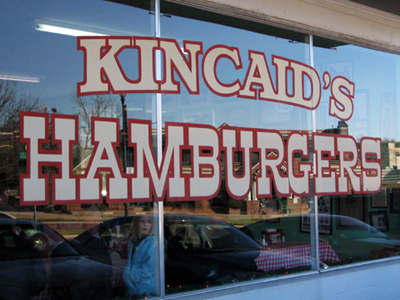 I had a vision last night when I woke up at 1:03 a.m. to turn off the alarm on our piece of s*** wonderful Viking refrigerator.

No, it wasn't running off to Baja with the last of the Christmas turkey. It was just letting me know that it was too warm and everything was about to go bad and smell like dumpster yogurt.

I knew I had to act fast. So I began eating the immediately perishable contents of our refrigerator.

That's when it hit me. No, not diarrhea. My vision of 2011. In my slightly warm yogurt-eating delirium I saw a vision of 2011 and I thought I'd share it with you - my friends on the world wide internets. Here's what's coming out of the Viking fridge and into our lives this year:

In a bold move, the football world will be shocked when Jerry Jones names Ernie of Sesame Street as the new head coach of the Dallas Cowboys. Former coach Wade Phillips will just laugh it off by saying, "it's not the first time Jerry's had his hand inside a puppet."

Gwyneth Paltrow will become the next big country sensation thanks to her starring role in "Blah, Blah, Blah, Something, Country". It's a movie no one will see, but every Texan will love, because we're all waiting for that Urban Cowboy Chic look to get hot again and make getting drunk at Billy Bob's fashionable one more time before we die.

State Fair of Texas foodies are in luck, because Ford will sell a deep-fried F-150 pickup (only 45,000 coupons) at this year's event. Heart surgeons at UT Southwestern will applaud the idea, because now they can perform the first quadruple bypass and oil change. Grey's Anatomy already has this penciled in for an episode during May sweeps. John Goodman will guest star.

This change in appearance will force DFW residents to stop referring to him as "Skunk Head" and begin calling him by his Christian name: "Finfrock the Weather God."

The Lady Gaga meat dress will become high fashion as fans worldwide get swept up in the carnivore craze. The phrases "meat up" and "I've got a bone to pick with you" will take on new meanings.

Former president and Dallas resident George W. Bush will run for Dallas Mayor and be elected in a landslide. Former Dallas Mayor Tom Leppert will apply for the Dallas Cowboy's coaching position, but sadly will not be hired because of his intolerance of Jerry's cold hands.

North Texas unemployment will be eliminated thanks to Southlake's decision to pave every square inch of that municipality. Keller, ever envious of its neighbor to the east, will go it one better by paving its water park The Keller Pointe. Disappointed Keller residents will complain loudly to the city council who will reply saying, "It's not our fault. It's the asphalt."

Channel 5's David Finfrock will become a spokesman for Grecian Formula and lose his shock of gray hair. This change in appearance will force many Dallas/Fort Worth residents to stop referring to him as "Skunk Head" and begin calling him by his Christian name: "Finfrock the Weather God."

Kincaid's Hamburgers will wage all-out Armageddon against In-N-Out Burger when it opens in North Texas. The burger brouhaha will culminate with a sandwich smack down which Kincaid's will win thanks to its new catch phrase (stolen from Lady Gaga) "You just can't beat our meat".

That's the last thing I remember before I hit the Pepto-Bismol bed.

Yeah, it's shaping up to be a crazy year full of fun and excitement. We're aiming low around the Brief. Charlotte and I will just be happy if we can get the Viking Refrigerator fixed.