I have a long-standing belief that if I live long enough, everything I once thought was "Hip" will come back around - wide ties, bell bottoms, psychedelic music...my old Ford Pinto. Well, with the exception of the Pinto, I'm actually right. Old IS new, especially when you're talking music. 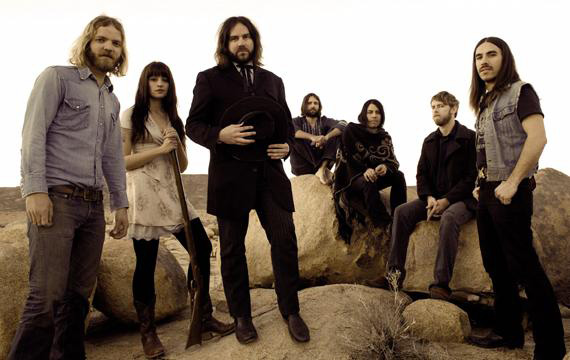 Enter The Brian Jonestown Massacre. This American psychedelic rock band was formed in San Francisco in 1988 with a sound eerily reminiscent of the best of Jefferson Airplane and the Rolling Stones - with a little Kinks thrown in for good measure.

Take It From the Man!

Our son and resident music expert, Cole, introduced me to BJM's third album, Take It from the Man! and I fell in love. Close your eyes and you could swear you're sitting in Fillmore West listening to the Stones or Strawberry Alarm Clock (Incense & Peppermints, anyone?). The album is the first of three critically acclaimed albums released by the band in 1996.

It's all great music and most of the tracks were written by mercurial front man Anton Newcombe. If you think you've heard this music before, it's only because you probably have. Not just because of the psychedelic sound, but because this music has been used on TV shows. The track Straight Up and Down is the theme for HBO's Boardwalk Empire.

Straight Up and Down (aka, Boardwalk Empire theme)

If you're looking for some NEW music with a sound that'll bring back memories, give The Brian Jonestown Massacre a listen. You won't be able to get it on 8-Track and play it in your Pinto, but iTunes and Amazon can hook you up just fine.