Take a Chance on Love

You can't escape the pull of Milford-Haven, the setting for Days of Our Lives actress and award-winning author Mara Purl's enticing new novel What the Heart Knows (Bellekeep Books; September 2011). This fictional, coastal California town offers a simpler life with amazing views, small-town kindness and infinite possibilities for romance. No wonder, it attracts so many interesting characters.

Miranda Jones, a 30-something artist, has moved to the area to be closer to the wildlife that inspires her work. She finds comfort and support from her two polar-opposite girlfriends Samantha Hugo, a brilliant environmentalist with a long-buried secret, and Sally O'Mally, a café-owning Southern girl in a complicated relationship. When trying to follow their hearts' desires, the three encounter a rebellious Native American student, a gruff builder with commitment issues and a handsome heir to an oil fortune.

To celebrate the launch of actress-turned-author Mara Purl's Milford-Haven novels, we're giving away a heart-touching gift set including:

Click "Read More" for details on how to enter. Contest ends Sept. 8!

In fact, you're likely to enjoy the irresistible, 267-page journey so much you won't want it to end. That's why I was happy to learn What the Heart Knows is just the beginning for beautiful Miranda and her compatriots. This lovable tale opens the door to a Louis L'Amour-style saga including 12 novels as well as short stories that enhance the plot. The second hardcover, Where the Heart Lives, releases in April 2012.

What prompts a daytime soap star and Baby Boomer like Mara to begin writing women's fiction? We asked the talented performer to give us the scoop. 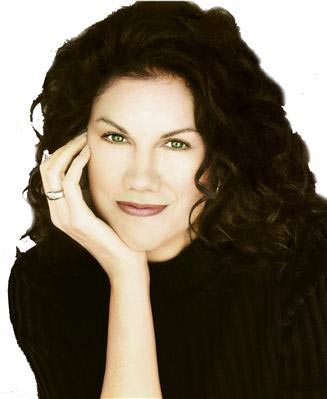 What inspired you to write the Milford-Haven series?

The Milford-Haven story appeared first as a radio drama I created, and later began adapting into novel form. There were two instigating factors for creating my own dramatic serial. One was working as an actress on Days of Our Lives, because I got intrigued with the long form of storytelling. The other inspiration was an invitation from a lovely gentleman who owned a radio station. I spent a summer performing in a two-character play in the town of Cambria, California. This man and his wife came backstage to compliment me and my co-star, and he said, "If you ever want to do something for radio, let me know!"

Days of Our Lives actress and award-winning author Mara Purl

A few months later, I called and asked whether he'd be interested in broadcasting a radio soap opera, and he loved the idea. So I began writing scripts and sending them to him. Eventually, I found my cast (many from other soaps), found a studio home and began producing episodes. That's how my show Milford-Haven was born.

After it was a success in a few American markets, it was picked up by the BBC, where it went on to find 4.5 million listeners throughout the U.K. While the show was on the air in London, listeners began calling in asking whether there were books that told an expanded version of the Milford-Haven story. Secretly, I'd always wanted to write novels, and felt this was my destiny. So when these questions began to arise, I felt excited and ready to give it a try.

What author(s) have most influenced your writing style and why?

Murasaki Shikibu (Lady Murasaki), a noblewoman in Japan, in about the year 1001 A.D. wrote the first novel. I grew up in Japan, and studying her extraordinary novel made a huge impression on me. Her sense of place; her sense of mood expressed in meticulous detail; and the arc of her story showing choices and consequences are all elements I use in my own novel writing. Charles Dickens was another large influence, with his complex multi-character stories which he originally told in a serial format. Like him, I'm telling a serial-saga with several characters and interwoven storylines.

Which character will Boomers identify most with and why?

First on the list will be Samantha Hugo, an accomplished woman in her 50s who's head of the Environmental Planning Commission in Milford-Haven. Samantha appears throughout the story as a competent professional unafraid to wield her power when she needs to. But her vulnerability shows too. In conversations with her close friend Miranda, she reveals that she gave up a child many years earlier and now wants to find him.

Perhaps Sam's most appealing contribution to the story is her journal. One of her journal entries concludes each novel in the series, and her private writing reveals her brilliance, her self-reflection and her earnest desire for emotional and spiritual progress.

Why will Boomer babes enjoy your books?

Let me answer by describing an amazing Woman Weekend I enjoyed last fall with my closest group of women friends. We rented a huge house in Cambria, California, the real town upon which my fictitious town is based. We cooked, shared stories and did Tai Chi on the deck. We toasted the sunset as we overlooked the ocean. We sketched or painted or wrote in our journals. We walked the long, sandy Cove then hiked up into the Enchanted Forest that forms its border. We shopped for lovely artistic objects on Main Street and enjoyed a dinner out. We brought one another gifts and opened them by the fireplace. We talked about what, in our heart of hearts, we want to be doing. And we encouraged one another to do these things, because if don't do them now . . . when?

Reading my novels is like spending a weekend like that. The novels are about women creating the next chapter of their lives. The books are a "space" into which I invite my readers first, just to have fun, and then, to reflect on what they truly want.

What else would you like us to know about you and your work?

My novels can be enjoyed on two levels. On the surface, the Milford-Haven novels are pure enjoyment and escapism. Opening What the Heart Knows is like stepping onto a train and traveling to California's gorgeous Central Coast. When you arrive, you inhale the fresh ocean breeze and feel your entire body relax. You meet new people, eat in new restaurants, walk the shore and enjoy the sunset. It's a mini-vacation you can slip into.

On a deeper level, my book is really asking the reader, "What does your heart know? Those things in your heart-of-hearts that you've always wanted to do . . . are you doing them? If not now, when?"

The book invites you to carve out a space for yourself in which you can reconnect to core values, re-write core purpose and renew your commitment to live the life you've always wanted to live.

Nothing thrills me more than connecting with readers. Once I discovered I was writing women's fiction, I began to realize writing my books and connecting with my readers is like having cherished conversations with dear women friends. If I can open a space for that kind of connection for other women, I know I'm on track.

What the Heart Knows

Other Works: 11 additional Milford-Haven Novels (one to be released every six months), Milford-Haven radio dramas and short stories, and non-fiction titles such as Act Right: A Manual for the On-Camera Actor, co-authored with actress Erin Gray.

Penned: Originally written in the late '90s and released in California and Colorado test markets, What the Heart Knows will launch nationally Sept. 27, 2011.

Time Out: 267 pages sure to speak to your heart

Beach Worthy: Oh, yes!  You'll escape the heat and all your problems with women who seem as real as your best girlfriends.  And there's no better way to feel one with their coastal community than having the sand between your toes.

* This contest is only open to entrants in the 50 United States.