An Offer We Couldn't Refuse

Since we started this blog four years ago, Charlotte and I have been invited to some pretty cool events. It's understandable, really. People who make things want us to share them with our reader millions of fans. So, we (sometimes) participate.

I know what you're saying, "Bob...don't you just love the glamor and pageantry of hobnobbing with celebrities?" I have two answers to that question: 1) I've never hobbed a nob, and if I did Charlotte would never let me write about it on this blog; and 2) Where'd you hide the remote?

Seriously, I'll take a TCM movie, box of Triscuit, some Cracker Barrel Vermont Cheddar and a bottle of wine over just about anything I've been invited to in the last 15 years. That includes most weddings, ALL showers (baby/wedding/house/rain) and 9 out of 10 family functions. Relax, I'm not 100% curmudgeon. There have been a couple of funerals I've enjoyed for reasons we'll cover later in the semester. 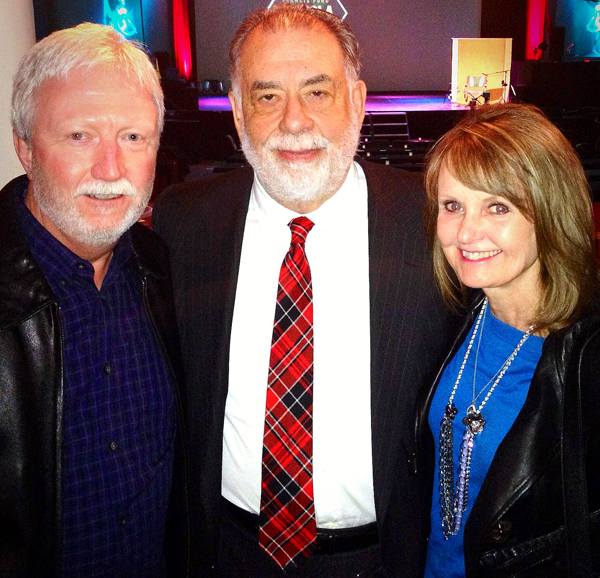 Charlotte and I with the Godfather his own self. I kid you not, after this picture was snapped he held my bearded face in his hands, looked deep in my eyes and said: "Some day, and that day may never come, I will call upon you to do a service for me. But until that day, consider this photograph a gift on my daughter's wedding day."

So, what's it take to blast me outta my bean bag chair?

An offer I can't refuse.

Like the one we received from our friends at Francis Ford Coppola Winery. The Coppola folks were in town promoting their wines and invited us to the Lakewood Theater in Dallas to check 'em out. As an added bonus, The Godfather Himself, Francis Ford Coppola, would be talking about his wines and his career. 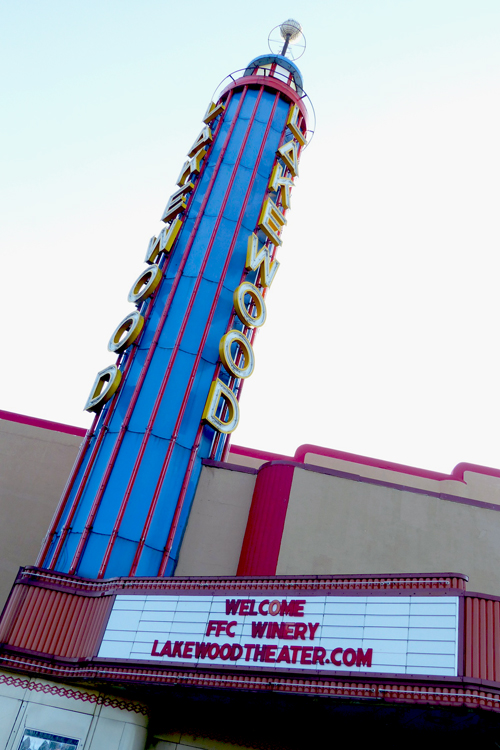 Is that a marquee in your pocket, or are you just happy to see me?

That offer hit The Boomer Brief Trifecta: Wine, Film & Film Legend. What's not to like? The five-time Academy Award winner told the story of his career from filmmaker to winemaker and back again for almost 90 minutes.

Here are some things he told us that you may not know:

I bring to my life a certain amount of mess. 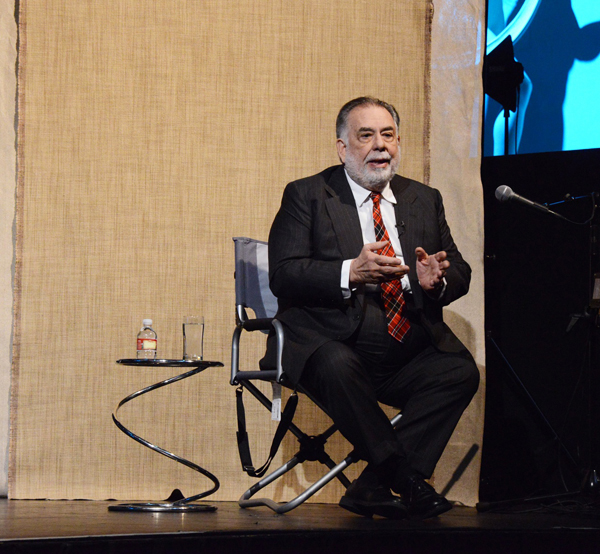 Fun Fact: The Godfather's a pretty great GRANDfather. He wrote and recorded original songs for each of his grandchildren.

He never saw it as more than one movie. "I thought the first one was complete. We told the entire story." He never wanted to do the sequels, but debt from his other love - wine - led him to make the memorable films. Life imitates art, like Michael in Godfather II.

He put up $30 million of his own money to make the epic because no studio would tackle the project. "I thought after winning the Oscar that I could do whatever I wanted in Hollywood. I learned that's not the way it works." He wound up signing everything he owned over to Chase Bank to cover the $30 million in debt. He was down so low that George Lucas offered to buy his Niebaum-Coppola Winery from him - hold it for 10 years so he could get back on his feet - and sell it back to him at the sale price. He thanked him, but chose instead to work out his debt problems with the bank.

On Winning the Oscar

He was so frustrated by his inability to raise money for Apocalypse Now that he threw his Godfather Oscar out the window where it smashed "in a million pieces." Coppola's mother gathered up the fragments and told the Academy, "the maid knocked it off a table while dusting." They bought the story and replaced the coveted statue. 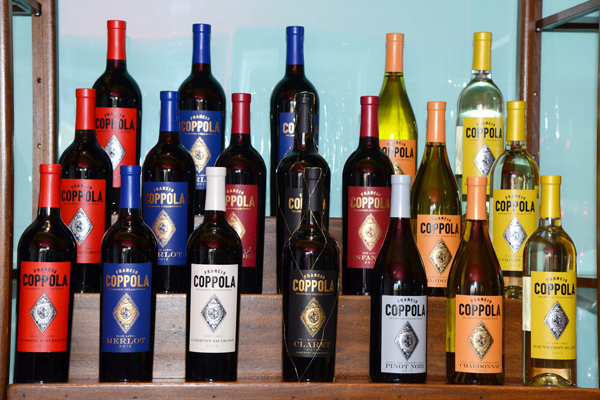 An evening of fine lines and fine wines

At the beginning, the films financed his passion for wine. Today, the wines finance his passion for film. "As a child I never saw a dinner table without wine. I heard about Prohibition, when families were allowed to make two barrels of wine, from my many uncles - who told me how much fun it was to steal the grapes. So living in San Francisco I thought it would be great to have a summer house with an acre or two of grapes. I bought the 'Niebaum Estate,' which had been part of the legendary Inglenook. My mother loaned me $20,000 to buy some old winemaking equipment and that's how we started. We made some wines for our family and a few friends and they liked them and asked us to make more." 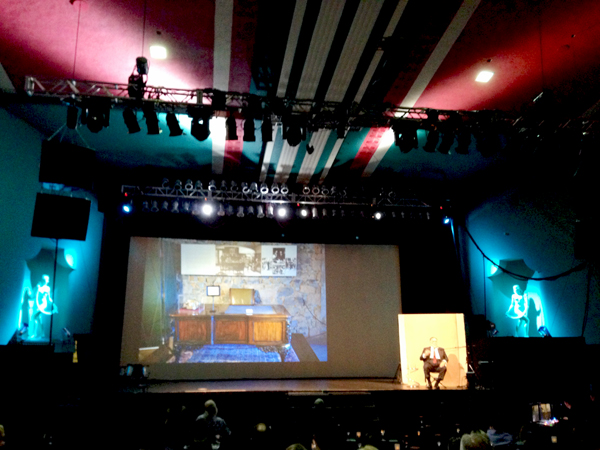 Yep, that's the desk from The Godfather 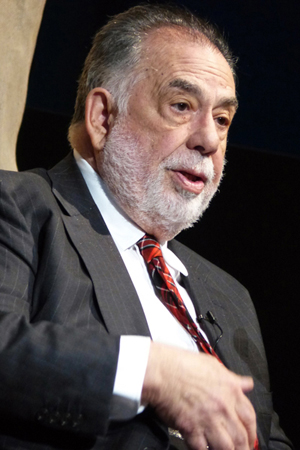 "I try always to do something that's a little beyond my reach, so that I'll try my best. Sometimes I fail. Sometimes I almost succeed, but I think this is what life's all about."

We like them all, but when the zombie apocalypse comes you'll find Charlotte and I holed up in our Colleywood bunker with my Browning Semi-Automatic 12 Gauge and these 4 great Coppola wines:

Every one of these Coppola wines is $20 or less. Available online and at Costco and most beverage outlets where wine is sold.

My Dinner with Francis Ford Coppola